We have been studying the sky and the stars since at least Sumerian times. When we look up into the sky, we are looking back in time. Our most advanced telescopes detect radiation from the birth of the universe – the birth of time. We have ventured far into outer space. Voyager 1, dispatched by NASA in 1977, has left our solar system, entered interstellar space, and at a distance of approximately 19.5 billion kilometres from the Sun, is still transmitting data to Earth. But how much do we actually know about the ground beneath our feet? We probably know more about the Moon than about the deep oceans, more about the skies than about what is underground. Inspired by geosciences, The Geologic Imagination zooms in on planet Earth. A fundamental starting point for this festival is the thesis that we live in a new geological epoch: the Anthropocene. Human activity has irreversibly changed the composition of the atmosphere, the oceans, and even the Earth’s crust. In the Anthropocene, humans have become a force on a geologic scale. Scientists have estimated, for instance, that humans move more sediment, sand and rocks annually than rivers, erosion and other nonhuman processes. Matthew Coolidge of the Center for Land Use Interpretation even states in his interview in the book that accompanies the The Geologic Imagination festival that ‘every molecule on the surface of the Earth has been affected by humans’. Another powerful example of radical human influence is the Aral Sea on the border between Kazakhstan and Uzbekistan. Before 1989 this was one of the four largest lakes in the world. Since the 1960s the lake has been shrinking because the rivers that fed it were diverted for irrigation projects. It split into four smaller lakes, and since 2014 the entire south-eastern basin had dried up. Most of what was the Aral Sea just 30 years ago is now the Aralkum desert. The electromagnetic footprint of human activity is also enormous. Suppose we were equipped with the appropriate senses and sensors, and looked at Earth from outer space. What we would see would resemble a giant Christmas tree, a planet that is brightly ‘lit-up’ with not only enormous amounts of visible light, but also with electromagnetic radiation ranging from radio waves to wireless telecom frequencies. The consequence of the thesis of the Anthropocene is that the emphasis is no longer on a world defined by human history. The perspective has shifted to forces that act on timescales beyond the perceivable. This shift is also marked by changes in the images of Earth. At the end of the 1960s the colour photos of Earth taken during the Apollo missions made such an impact that they are thought to have spawned a new ecological consciousness, simply because we could see ‘our’ planet from outer space. Now we can look at Earth from space at any time of the day on our communication devices. We can log into the livestream of the International Space Station, travel around the Earth in 90 minutes and see the sun rise twice above the planet’s curved edge. All of this challenges us to rethink our attachments to the world, and our concepts of nature, culture and ecology. How do we conceive of the world? How do we understand the systems and processes of nature, and our intentions and interactions with the planet? With the festival we examine how art and science map and document new insights, and how the changes and transformations that occur on a geological scale can become something humans can feel, touch, and experience. Sonic Acts invites artists and theorists to reflect on these transformations and make them imaginable.

Since its inception in 1994, the annual Sonic Acts festival has questioned, examined,assembled and exhibited contemporary and historical developments at the cutting edge of the arts, technology, music and science. Over the years, Sonic Acts established itself as a thematic festival for interdisciplinary arts. Each festival edition explores the chosen theme by means of an international conference, a wide range of concerts and performances, exhibitions and screenings, covering a great variety of fields, practices and disciplines. More recently, Sonic Acts has developed into a platform for research, development and production at the intersection of art, science and theory. It also commissions and co-produces new works, often in collaboration with international festivals, arts organisations, funders and other partners. Sonic Acts is generously supported by Creative Industries Fund NL, City of Amsterdam and Paradiso.
Subscribe to newsletter 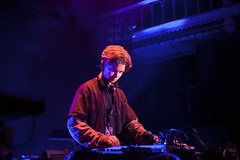 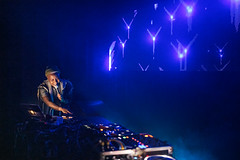 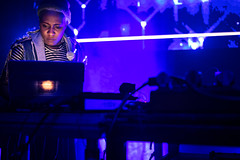