Sonic Acts Academy is a new platform that aims to grow, expand, sustain and disseminate stimulating discourse about artistic research. Its first edition will take place from 26-28 February 2016 at various locations in Amsterdam. The Academy is initiated by Sonic Acts, which also organizes the internationally renowned Sonic Acts festival focusing on developments at the intersection of art, science and technology. Sonic Acts Academy will highlight artistic engagement as vital to understanding the complexities of our contemporary world. Over the course of three days, artists will present work that challenges the sterile dichotomy of theory versus practice. Following an open and dynamic format, the Sonic Acts Academy will probe traditional notions of the academy with the aim of positioning art as a unique means of knowledge production, to be shared and expanded upon with future generations. The opening of Sonic Acts Academy takes place on Friday 26 February, at the Stedelijk Museum Amsterdam, and is followed by two days of lectures, presentations and films screenings at the Brakke Grond, a new location for Sonic Acts. On Saturday 27 February, Sonic Acts will take over Paradiso’s main and small hall with concerts and performances, lasting until the small hours. In the weeks preceding and following the Academy, there will be masterclasses and workshops for artists, curators, students, theorists and cultural practitioners. Programme updates and more information will be announced soon. Keep an eye on our Facebook, Twitter or sign up for our newsletter. Sonic Acts Academy 2016 Friday 26 – Sunday 28 February 2016 Locations: Stedelijk Museum Amsterdam, Brakke Grond & Paradiso

Sonic Acts was founded in 1994. Over the years, Sonic Acts Festival has established itself as a thematic festival with a strong focus on contemporary and historical developments at the intersections of art, technology, music and science. Each festival edition explores the chosen theme by means of an international conference, a wide range of concerts and performances, exhibitions and screenings, and embraces a broad spectrum of fields, practices and disciplines. Sonic Acts has developed into an organisation for the research, development and production of works at the intersection of art, science and theory. It also commissions and co-produces new works, often in collaboration with international festivals, arts organisations, funders and other partners. Recent projects include the three-year art, research & commissioning project Dark Ecology, predominantly taking place in the Arctic region, and its globally touring programme Vertical Cinema. Sonic Acts is generously supported by Creative Industries Fund NL, City of Amsterdam and Paradiso.
Subscribe to newsletter 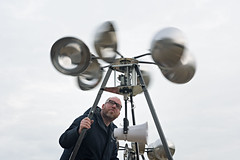 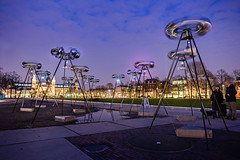